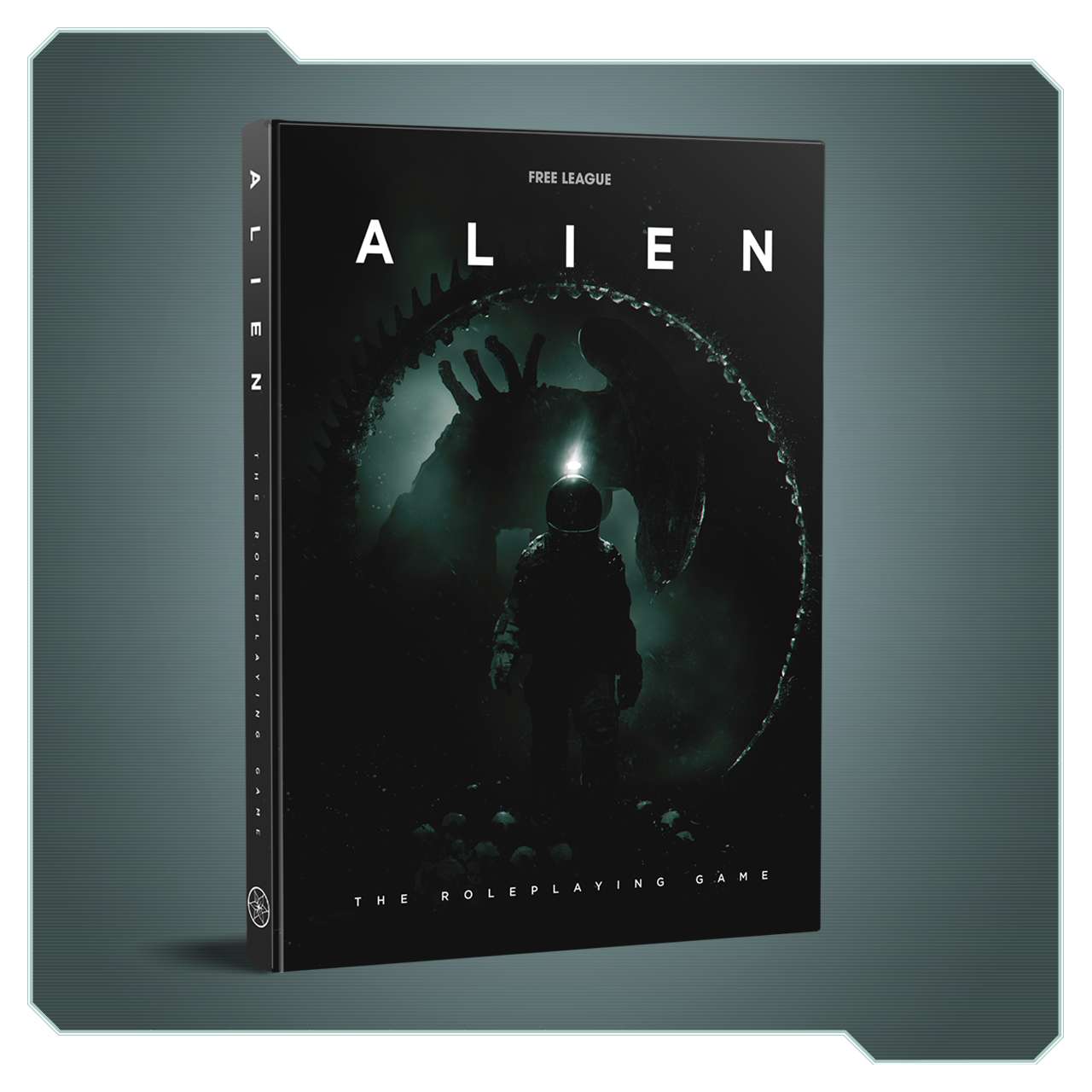 Space is vast, dark, and not your friend. Gamma rays and neutrino bursts erupt from dying stars to cook you alive, black holes tear you apart, and the void itself boils your blood and seizes your brain. Try to scream and no one can hear you—hold your breath and you rupture your lungs. Space isn’t as empty as you’d think, either—its frontiers are ever expanding. Rival governments wage a cold war of aggression while greedy corporations vie for valuable resources. Colonists reach for the stars and gamble with their lives—each new world tamed is either feast or famine. And there are things lurking in the shadows of every asteroid—things strange and different and deadly.

This is the official ALIEN tabletop roleplaying game—a universe of body horror and corporate brinkmanship, where synthetic people play god while space truckers and marines serve host to newborn ghoulish creatures. It’s a harsh and unforgiving universe and you are nothing if not expendable.

Stay alive if you can.

The ALIEN tabletop roleplaying game is a beautifully illustrated 392-page full-color hardcover book, both presenting the world of ALIEN in the year 2183 and a fast and effective ruleset designed specifically to enhance the ALIEN experience. The game can be played in two distinct game modes:

Cinematic play is based on pre-made scenarios that emulate the dramatic arc of an ALIEN film. Designed to be played in a single session, this game mode emphasizes high stakes and fast and brutal play. You are not all expected to survive.

Campaign play is designed for longer continuous play with the same cast of player characters over many game sessions, letting you explore the ALIEN universe freely, sandbox style.

The rules of the game are based on the acclaimed Year Zero Engine, used in award-winning games such as Tales from the Loop and Mutant: Year Zero, but adapted and further developed to fully support and enhance the core themes of ALIEN: horror and action in the cold darkness of space.

The year is 2183—little more than three years since the destruction of the Hadley’s Hope colony on LV-426, the disappearance of the USS Sulaco, and the closing of the prison and lead works on Fiorina 161. The loss of the Sulaco’s Colonial Marine unit along with these Weyland-Yutani sponsored outposts, and the implications of corporate foul play stemming from these incidents, have created an air of distrust between the company and the United Americas.

To add fuel to the fire, conflicts between the rival sectors of space have increased exponentially in the past five years. While unconfirmed, many believe that Hadley’s Hope was a test site for one of Weyland-Yutani’s bioweapons and that an enemy state sent a warship to nuke it from orbit. Others believe that the Company is working with a rogue nation to assume control of the colonies on the Frontier.