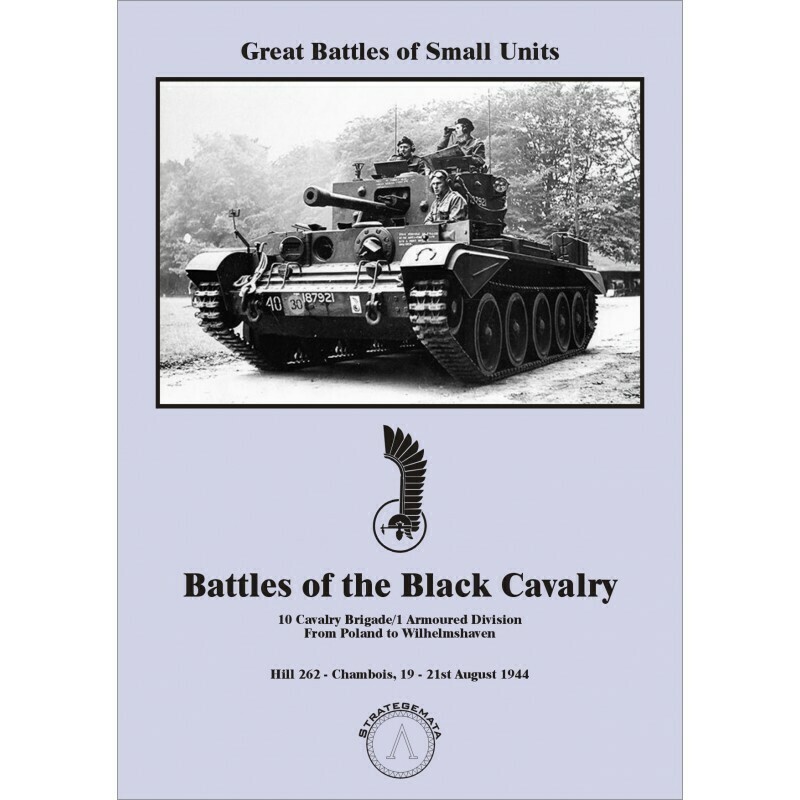 The game "Hill 262 - Chambois, 19 - 21 August 1944" presents the Allied fights during closing and defending the Falaise Pocket. The main hero is the 1st Armored Division of General Stanisław Maczek. In addition, there are American and Canadian units.

There are 6 scenarios in the game. 4 of them are short clashes to familiarize yourself with the procedures of the system "Great Battles of Small Units". The main subject is the defense of the Allies and German attempts to get out of the pocket. The chaotic organization of the German army in this battle is shown in a simple way. At the beginning of the game the German player chooses battle groups that he will try to move out of the board. The Allied player does not know the opponent's plans. Only during the game it turns out which units appear in the game. Thanks to that every gameplay is different and the game provides a lot of emotions.

About the Great Battles of Small Units System:

The system is representing military actions of small units, like a regiment or a brigade. Very frequently such actions in which relatively small units fought on both sides were important because of operational or moral context. Thanks to versatile rules it is possible to depict any military action from XX century.

Main features of the system are:

1. To resolve all of the procedures, players use traditional deck of 52 cards. Thanks to that, cards played at the beginning of the game, influence the final result, as the probability curve is quite different compared to die rolls.

2. During turn, only units of one side can be activated and the initiative is alotted to a player randomly. Chance of having the initiative changes with each turn. It encourages prudence in players and forces them to plan their moves as effectively as only possible because it may be as well that during next turn there won`t be any chance to correct potential mistakes.

3. Random events are involved into a gameplay (like snipers, change of orders etc.) and they can turn the table on players, at the same time bringing the chaotic reality of a battlefield to life.

4. Small modifications to the basic rules allow for depiction of single vehicles and guns that served as a support to combatants.

Thanks to the simplicity of procedures, games that belong to that system are very well suited for players just beginning their adventure with boardgames. Experienced players should find also something to their liking, as they have to decide not only what to do but also how to do it.