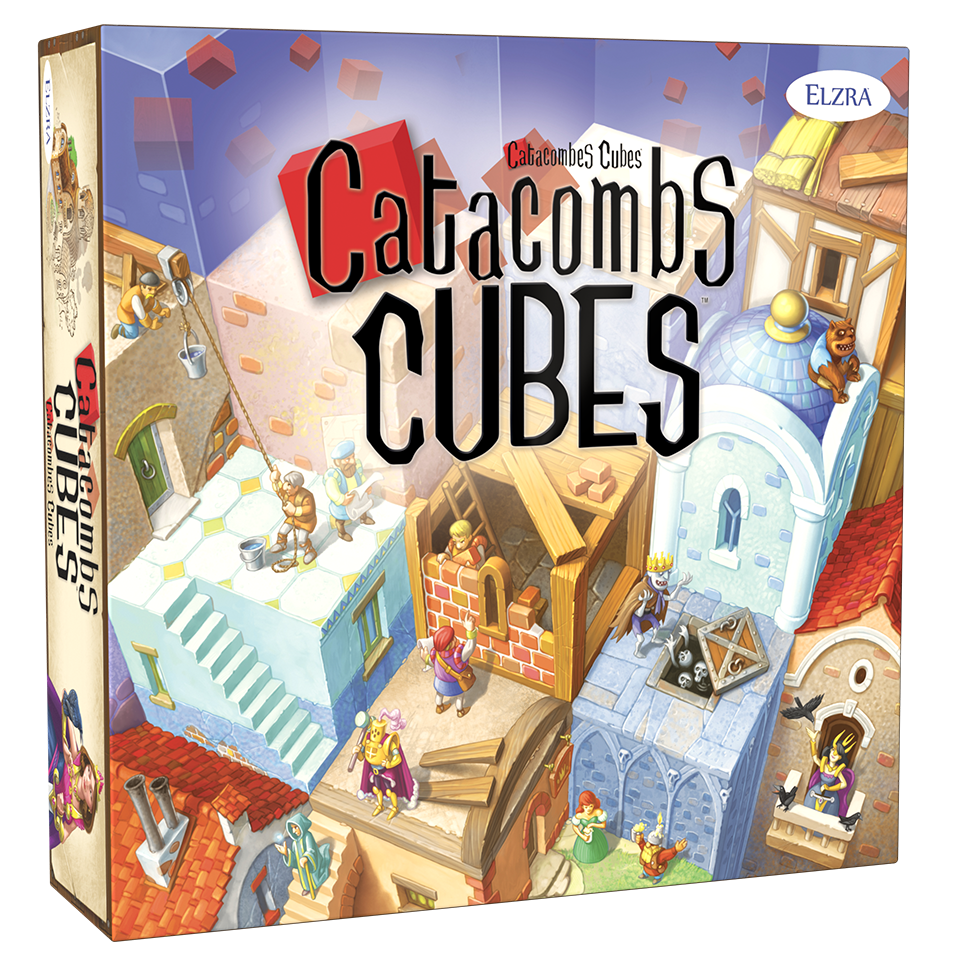 In Catacombs Cubes, take on the role of a hero and help build the fantasy town of Stormtryne! Players start by drafting resources, which come in the form of uniquely-shaped wooden pieces. Players neatly stack these pieces into the shape different buildings, as indicated by their blueprints. Once built, players are rewarded Victory Points and Coins based on the complexity of the building and for the effective placement in the town.

Coins can be spent to perform special actions. These actions can be combined, allowing for limitless strategic options.

Resource management, strategic tile placement, and contributions to the palace will determine the winner!

Help build the town of Stormtryne from the world of Catacombs! Each player picks from one of four heroes: Benaris the Werebear, Qualloc the Querlossus, Maiyara the Raven Empress, and Victoria M. the Baroness.

On their turn, each player has the option of picking a Quarry Offer, allowing them to draft and collect resources from the Quarry.

Each resource comes in the form of a uniquely-shaped wooden piece. When a player has enough resources, they have the opportunity to use them to build a structure from the Village Plans.

To build a structure, the player must physically stack their resources into the exact shape shown in the structure's blueprint. If they are successful, they are awarded the structure tile and are permitted to place the completed tile into the village. Any resources can be used, as long as the shape is correct - there are many ways to build!

Successfully building a structure awards the player with Victory Points based on its complexity. Players can also earn Coins which can be spent to perform additional actions in later turns.

Contribute to the Palace

The palace is a special structure that is built by all players over the course of the game. Building the Palace is optional, however players can contribute resources as an easy and effective way to earn Victory Points and boost their score.

The player who ultimately finishes the palace gets to place its tile in the Town Grid, earning them additional rewards.