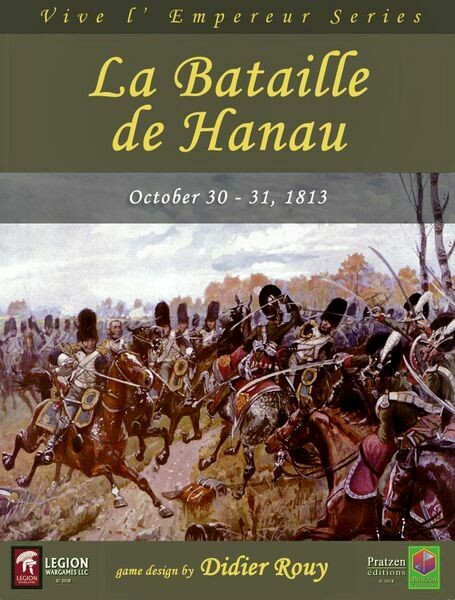 Vive l'Empereur Series is a simulation of the battles fought during the Napoleonic Era in Europe, between 1805 and 1815. The scale is the regiment, a good compromise between the brigade level (with no formations) and the detailed battalions. The scale is 250 m/hex and a turn is 30 minutes.

At the end of the campaign of 1813 in Saxony, after the defeat of Leipzi the Grande Armée retreats towards France, thus having to cross half of Germany. This retreat, from east to west, passes through Frankfurt, but in front of this city is a quite unexpected army, half formed of former allies of France, the Bavarians of General de Wrede. Bavaria, whose defection is only the last of a long series, is eager to keep its independence and the only possible way is to rally the coalition, forced by the presence of the Austrian corps commanded by Fresnel and Klenau. Thus Napoleon found before him not only an Austrian corps but also the troops supposed to watch it, these two corps forming an army of about 50,000 men, determined to cut the road to the French, convinced that it was only a mob of stragglers and that the task will be easy. De Wrede's was surprised when he realized that he did not have a few stragglers in front of him but the Imperial Guard, commanded by the Emperor himself ...