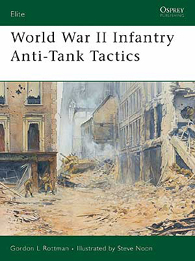 The battlefield interaction between infantry and tanks was central to combat on most fronts in World War II. The first ‘Blitzkrieg’ campaigns saw the tank achieve a new dominance. New infantry tactics and weapons – some of them desperately dangerous – had to be adopted, while the armies raced to develop more powerful anti-tank guns and new light weapons. By 1945, a new generation of revolutionary shoulder-fired AT weapons was in widespread use. This book explains in detail the shifting patterns of anti-tank combat, illustrated with photographs, diagrams and colour plates showing how weapons were actually employed on the battlefield.